Vitamin D deficiency – what happens in case of deficiency and how fast does the deficiency develop?

Previously we have written about different roles of vitamin D, where we especially focused on sunshine vitamin´s optimal level and its maintenance. Is the laboratory lower reference value the optimal level or is it something else – read from HERE.

During the last years vitamin D has probably got more attention than any other vitamin. Internet is full of articles about the importance of vitamin D. According to Estonian pharmacies, vitamin D is sold with record high numbers and sales won´t probably increase significantly. In Estonia, knowledge of the importance of vitamin D is quite high, but there are still people, who do not use vitamin D supplements. Do these people suffer from vitamin D deficiency, how fast does the deficiency develop and are there any differences in their body due to deficiency? 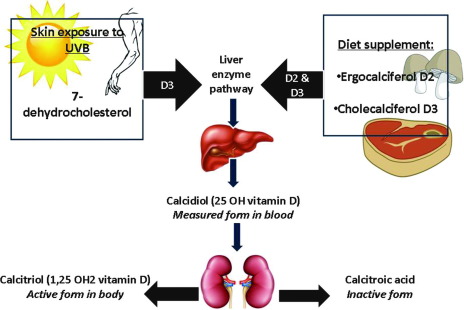 Vitamin D (from food, sunshine and supplements) changes to calcidiol in the liver, which is measured from blood to check the level of vitamin D. The half-life of calcidiol of D3 (we get from supplements and e.g. fish) is 15–30 days. Half-life is the period during which vitamin D stores decrease by half. The half-life of calcidiol of D2 (e.g. from mushrooms) is under 10 days. Calcidiol changes to calcitriol, the active form of vitamin D, in the kidneys. If there is not enough calcidiol, there is also not enough active form of vitamin D [1].

As the “lifetime” of calcidiol is rather short, vitamin D deficiency can develop during a few months time after the end of summer taken into account that a person has spent enough time in the sunshine and vitamin stores are full. In case vitamin stores are not sufficient, deficiency develops faster. 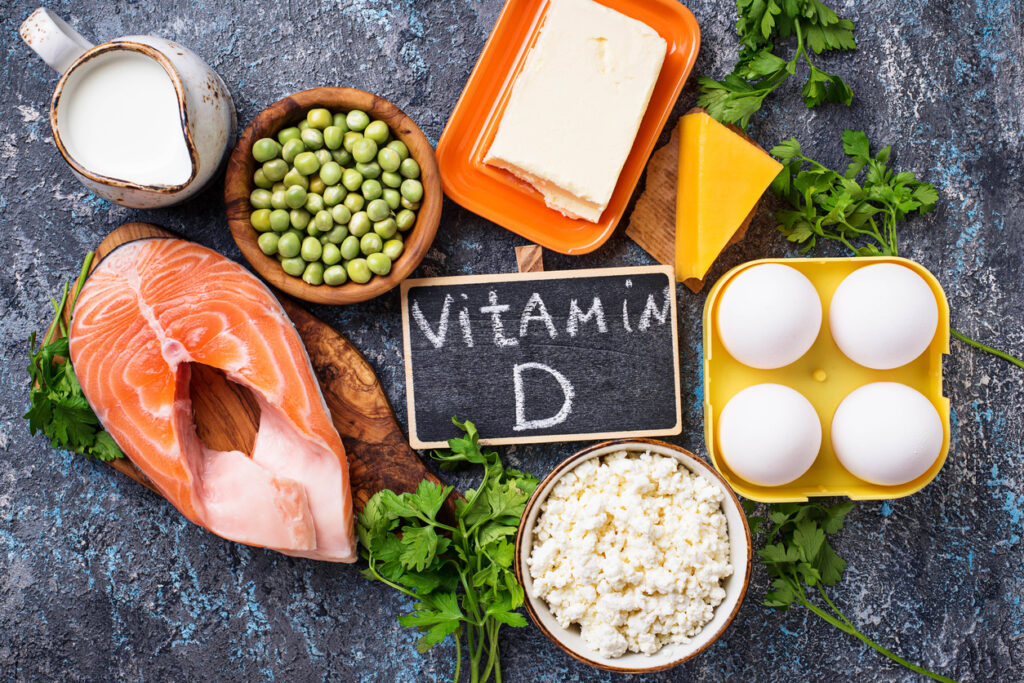 What different roles does vitamin D have in our body? 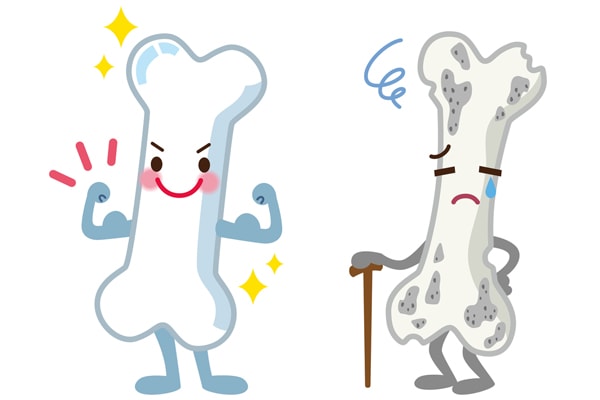 Vitamin D receptors have been found from more than 30 cell types, e.g. from lymph nodes, pancreas, skin, brain, stomach and heart [1]. People, who have low vitamin D level, have a weaker immune system and may get sick more easily. Vitamin D decreases the formation of T-cells (lymph system cells that belong to leukocytes) and certain inflammation causing substances. Vitamin D can increase the formation of a certain peptide that promotes intracellular destruction of bacteria [1].

It is also believed that vitamin D has an effect on insulin sensitivity. Insulin is a hormone that is produced by pancreas and it regulates blood´s glucose level. In addition it is believed that vitamin D has an effect on blood pressure, because it decreases the formation of renin (a hormone that is released by the kidneys and increases blood pressure [3]). It is also found that vitamin D regulates the growth and transformation of several cell types, participates in the division of smooth muscle cells and regulation of muscle activity. Vitamin D is researched continuously and new knowledge about its roles will be gathered.

What happens in case of insufficient vitamin D level?

People, who have very low vitamin D level, can suffer from bone and muscle pain. These symptoms are linked to already a severe vitamin D deficiency [1].

Vitamin D can indirectly prevent cancer. E.g. in case of unsuccessful treatment for Helicobakter pylori (which is quite common in Estonia), such people had lower vitamin D levels compared to people, who were treated successfully. Helicobakter pylori has been linked to gastric cancer [5].

Vitamin D is an oil-soluble vitamin. All oil-soluble vitamins have supplies in our bodies. Vitamin D supplies can be found from blood plasma, fat and muscle tissue [1]. Supplies are enough only for a certain time period and sooner or later, in case of insufficient vitamin D intake, deficiency will develop. 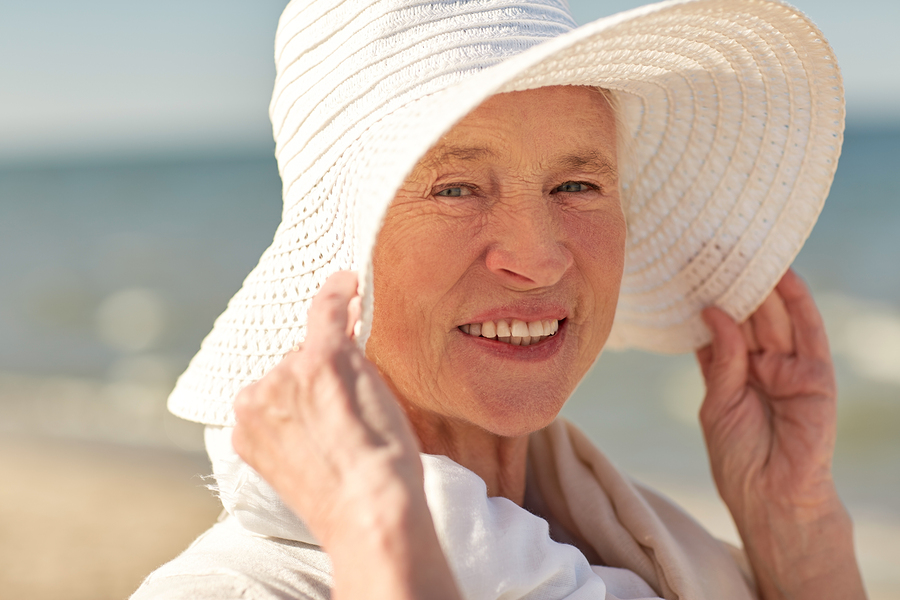 By the time a person gets 70, vitamin D synthesis is decreased to only 25%, i.e. older people may not get sufficient amount of vitamin D even in the sunshine. Clothes and dark skin also decrease the synthesis of vitamin D [1]. 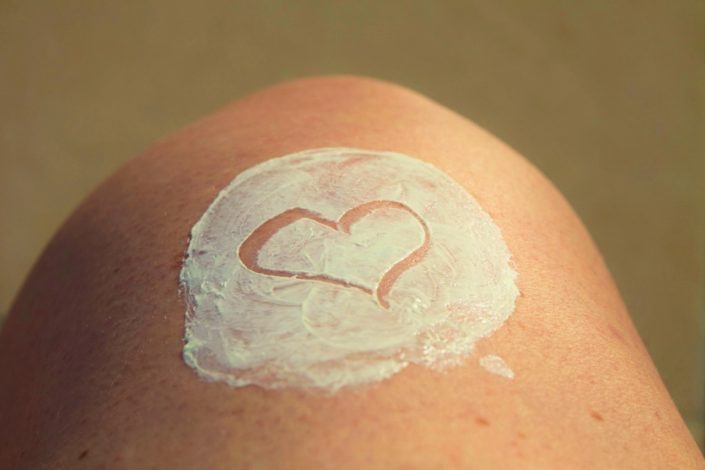 already SPF 8 sunscreen blocks the formation of vitamin D? Remember to spend time in the sunshine also without using a sunscreen. Vitamin D can be formed up to 250 micrograms during about twenty minutes time in the sun. The best time for vitamin D synthesis is during summer from 10–14 [1].

Vitamin D accumulates to fat drops of different tissues. Overweight people have more fat tissue and thus, the use of vitamin D by the body may decrease up to 50% [1].

In case you work in the office and don´t spend a lot of time in the sun in the summer, it is advised to supplement with vitamin D also during summer months. 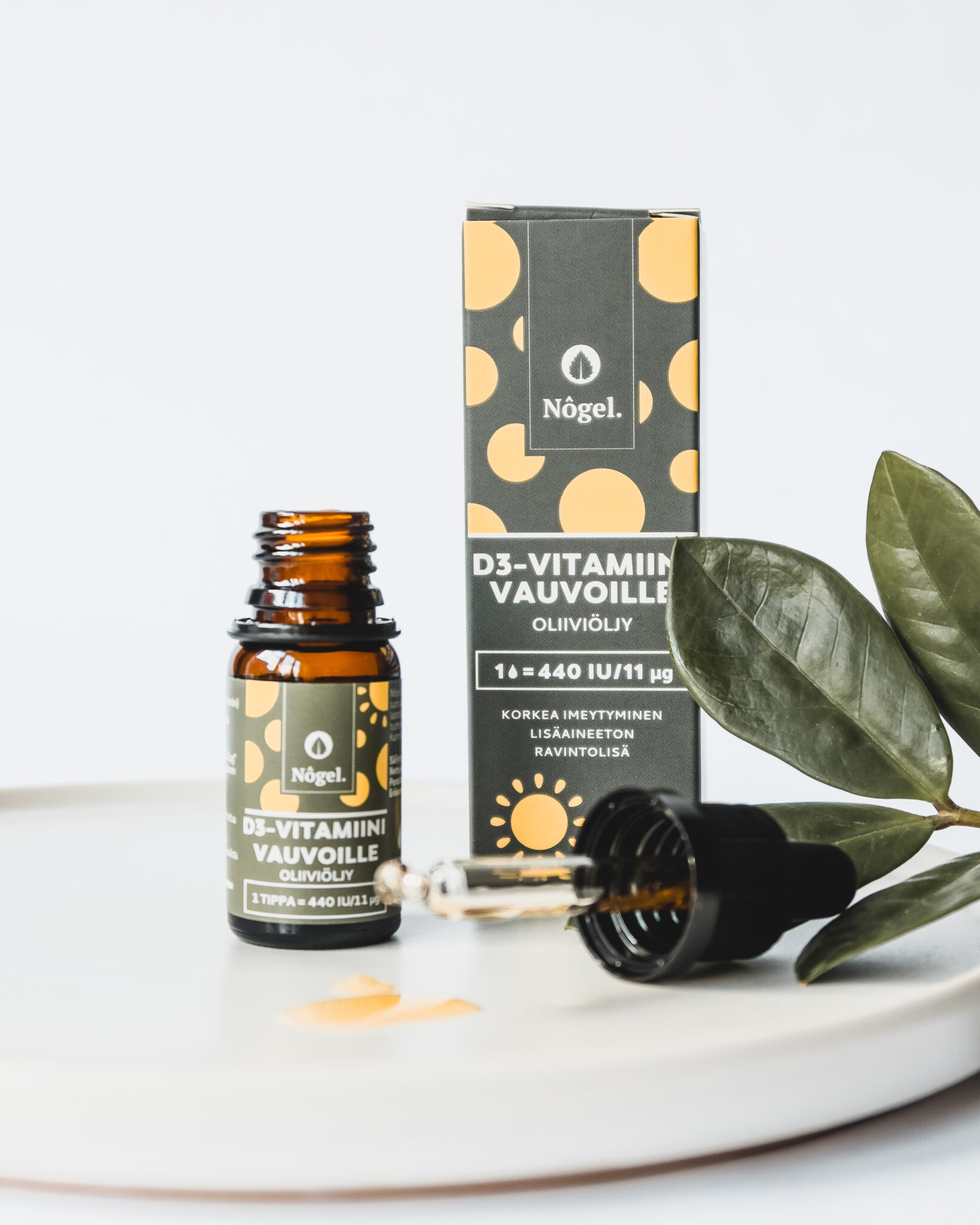 There are three different vitamin D supplements in Nôgel´s selection: 440 IU for babies and toddlers, 1200 IU and 4000 IU for adults and children. All supplements can soon be found from our webstore, pharmacies in Finland and other trustworthy distributors in Finland. Which vitamin D supplement should you use – this depends on your vitamin D level that you can check by visiting your physician. Read more about the optimal level of vitamin D from HERE. 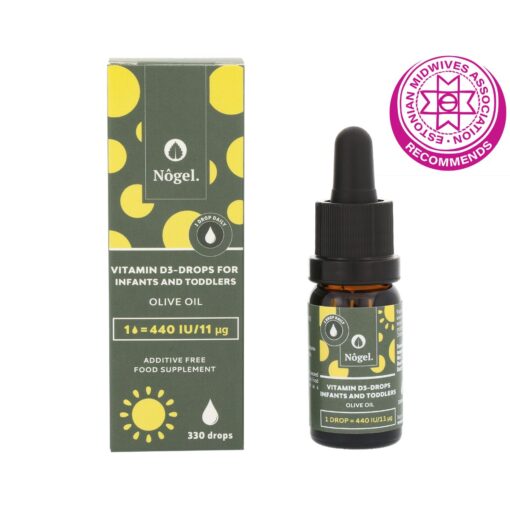 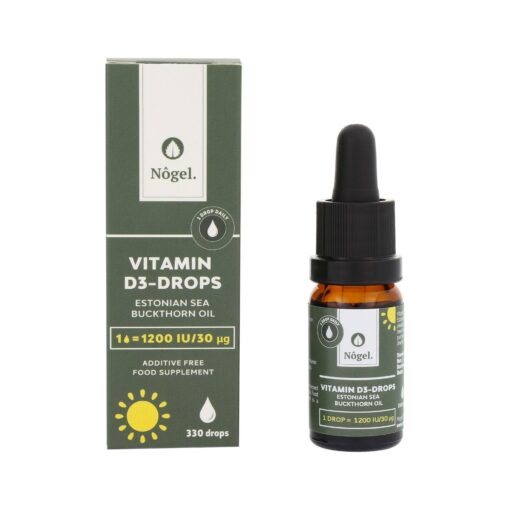 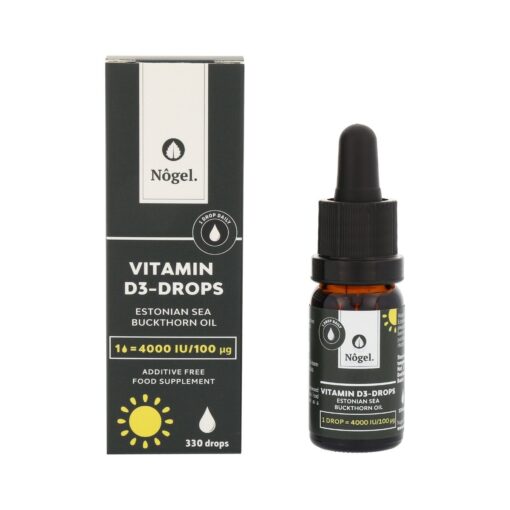